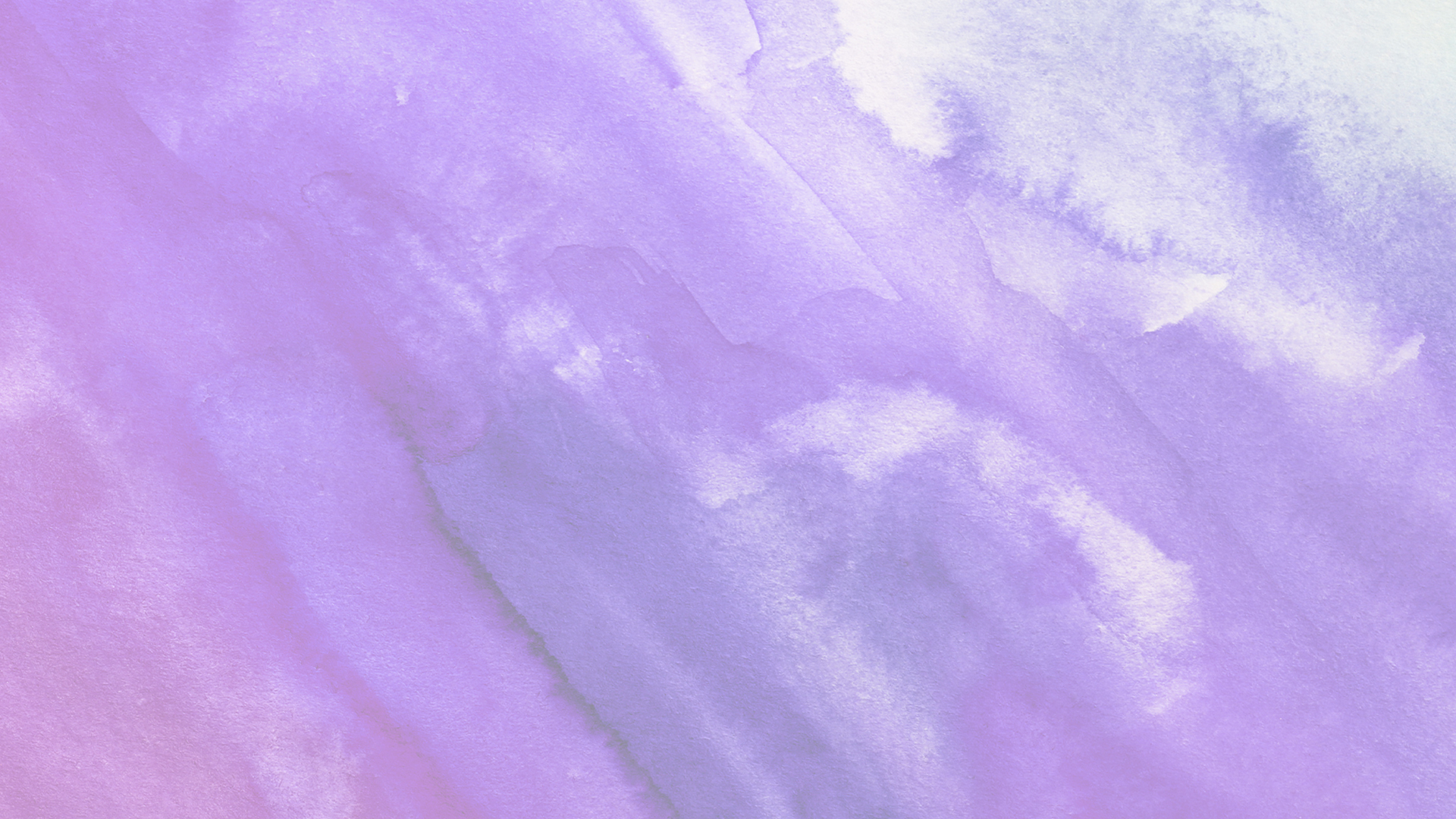 Holy Cross has been an important part of the village of Mishicot for nearly 150 years. It has grown from a small mission station into a strong and thriving parish over its long history.

In the beginning, Holy Cross was a mission station, visited only occasionally by priests serving St. Luke's Parish in Two Rivers. A small chapel was built in Mishicot in 1854. Holy Cross continued to be a mission parish until 1857, when Rev. A.B. Rinkes became the resident pastor.

In 1860-61, the people decided to establish a parish in Mishicot. By 1862, a church had been built. It was a frame structure with a pioneer Gothic style tower. Later, for a time, Holy Cross again became a mission parish served by St. Luke's. It was estimated that about 70 families belonged to the parish originally. During Reverend Rinkes' pastorate a severe storm wrecked the tower and the front of the church. The church was then enlarged and a new half-tower was built.

In 1894, the entire church was rebuilt in its current form. Little else is known about the original building.

For a number of years Holy Cross was once again a mission parish, this time served from St. Anne parish in Francis Creek. While Rev. Aloysius Bastian was pastor (1897-1899) the original rectory was built. Rev. J.C. Bourgmeyer succeeded him, briefly. In 1900, Father Phillip St. Louis was assigned to Mishicot. With the considerable help of John Cochems, Father St. Louis began building the first school. The first teachers were the Sisters of St. Francis of Bay Settlement. When Father Belle was named pastor in 1909, the parish had about 90 families. In 1913, the school was enlarged to a two room building, with living quarters for the sisters on the second floor. The church altars were painted and refurbished in 1915, and the oil paintings of the stations, which still reside on the church walls, were donated by parishioners. 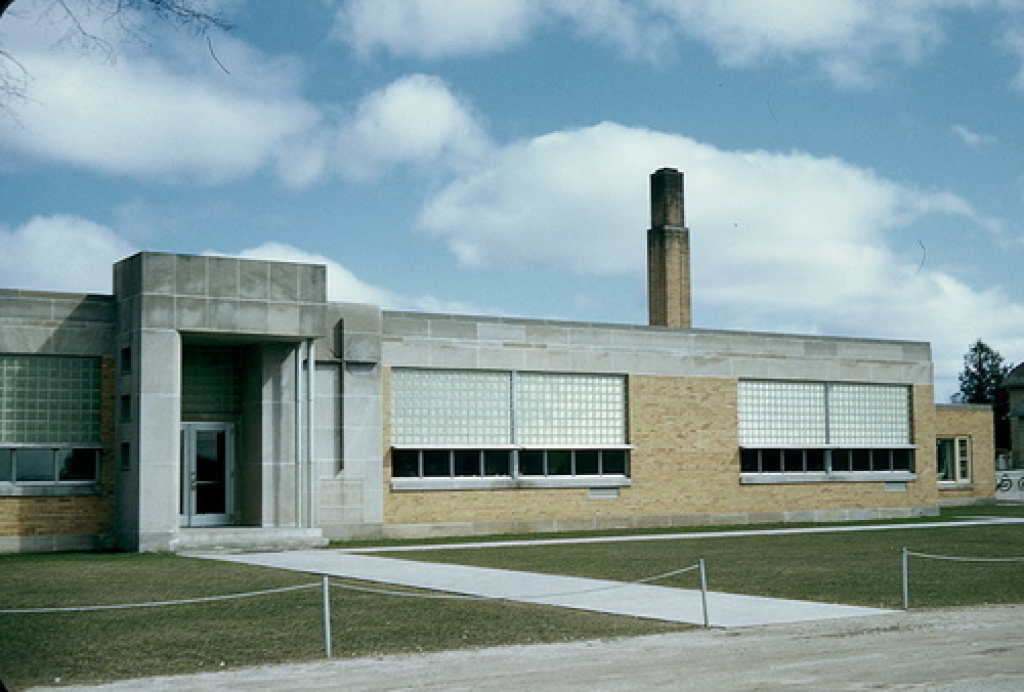 Under Father Pritzl, who came to Holy Cross in 1932, the parish cemetary was incorporated, to provide perpetual care and funds for its maintenance. When Rev. George Beth, the successor to Father Joseph Van Bogart, came to Holy Cross after Father Van Bogart's sudden death in 1946, he oversaw the construction of the present school building, gym, and former Sisters' convent. They were dedicated on May 10, 1952. In 1958, Father Beth was transferred to St. Mark's Parish in Two Rivers, and was followed by Rev. Anthony Betley. In 1961, the current rectory was built, and the church was remodeled and enlarged to its current size. In 1963, the parish celebrated its 100th anniversary. In 1971, Father Earl Brouchoud became pastor of Holy Cross after Father Betley retired. In 1978, a new classroom was added to the school building.

In 1984, a new entrance and sloping ramp were added to the north side of the church. Father James Feely was appointed as pastor in 1985 until he was succeeded by Father Neuser. In 1986, the last teaching sister left Holy Cross school, and 1991 marked the end of the Bay Settlement Sister in the parish of Holy Cross. In 1993, the convent was converted to administrative offices for the school, and classes were no longer held in the church basement.

In 2007, Holy Cross school celebrated its 100th anniversary and also its last year in operation. It is currently used for religious education classes and parish functions. Today, Holy Cross Parish is under the direction of Father John Becker. 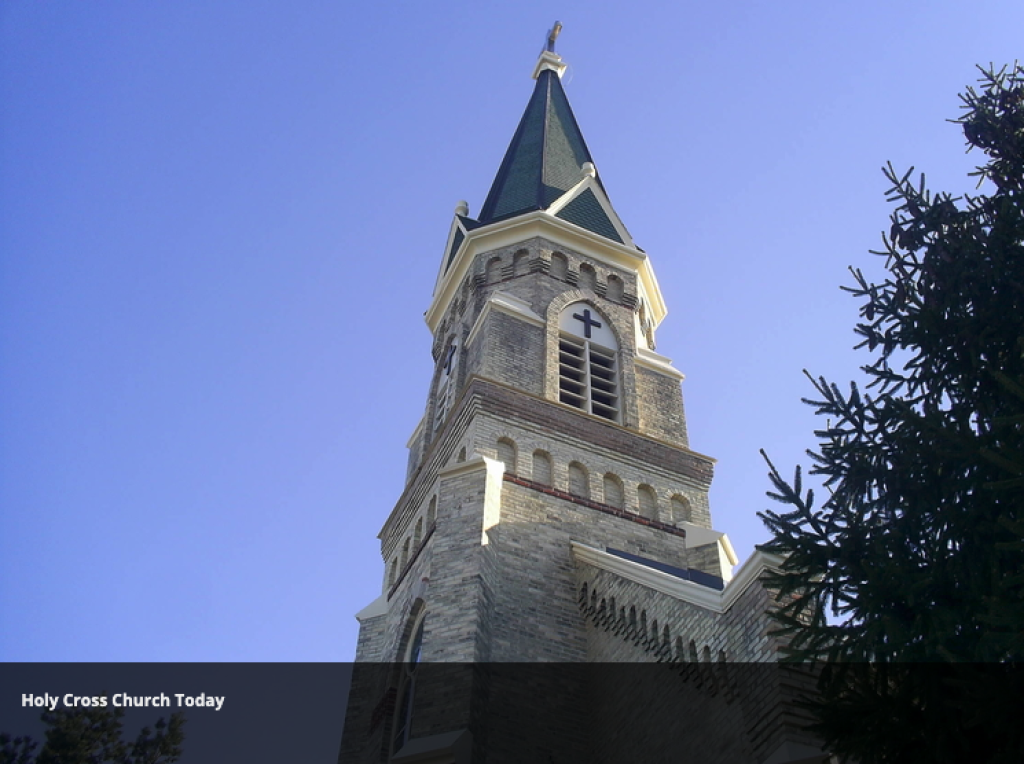 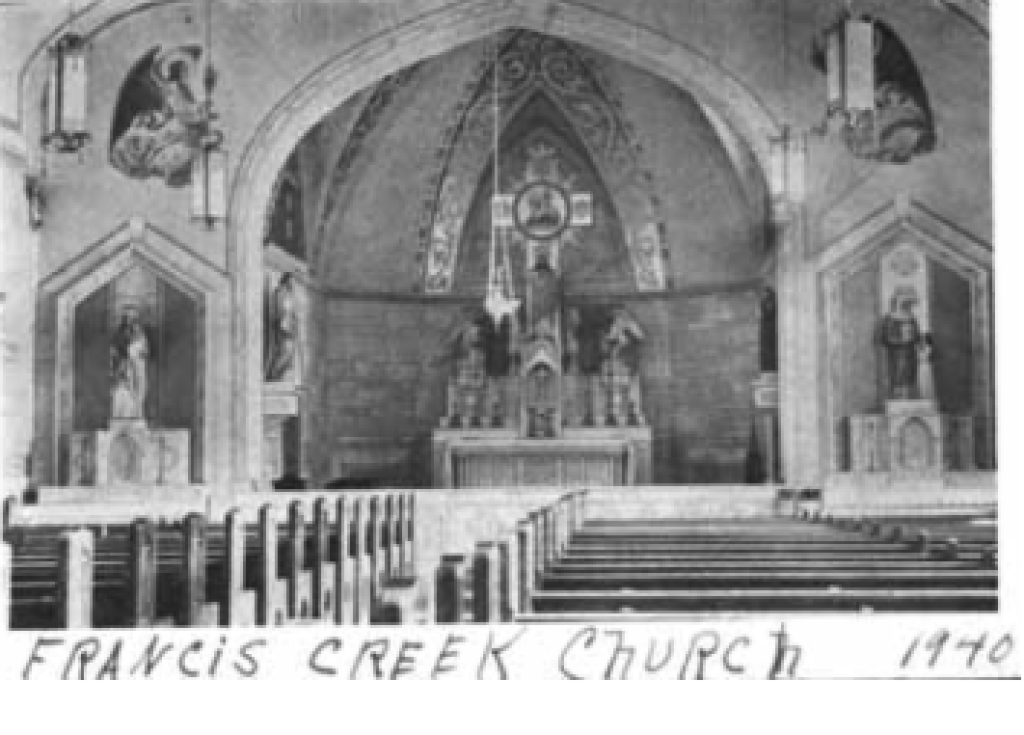 St. Anne Parish was originally organized Father Joseph Brenner, who also organized the parishes of St. Luke's in Two Rivers, St. Isidore in Osman, and St. James in Cooperstown. A church wasn't built until later, though, when his successor, Rev. Joseph Steinbrecher, became pastor in 1877. He served the parish until 1885. He was succeeded by Rev. William Haan, who was succeeded by Rev. Lakoney.

By 1904, when Rev. Vorlichek was pastor, the parish numbered about 70 families. The church, which was victim of a renovation in the 1960s, was left unrestored until an initiative was taken by Father Paul Paider, who overlooked the restoration of the church.

In the mid 2000s, St. Anne school closed, just a few years before Holy Cross school also shut its doors. Today, the parish is under the direction of Father John Becker. 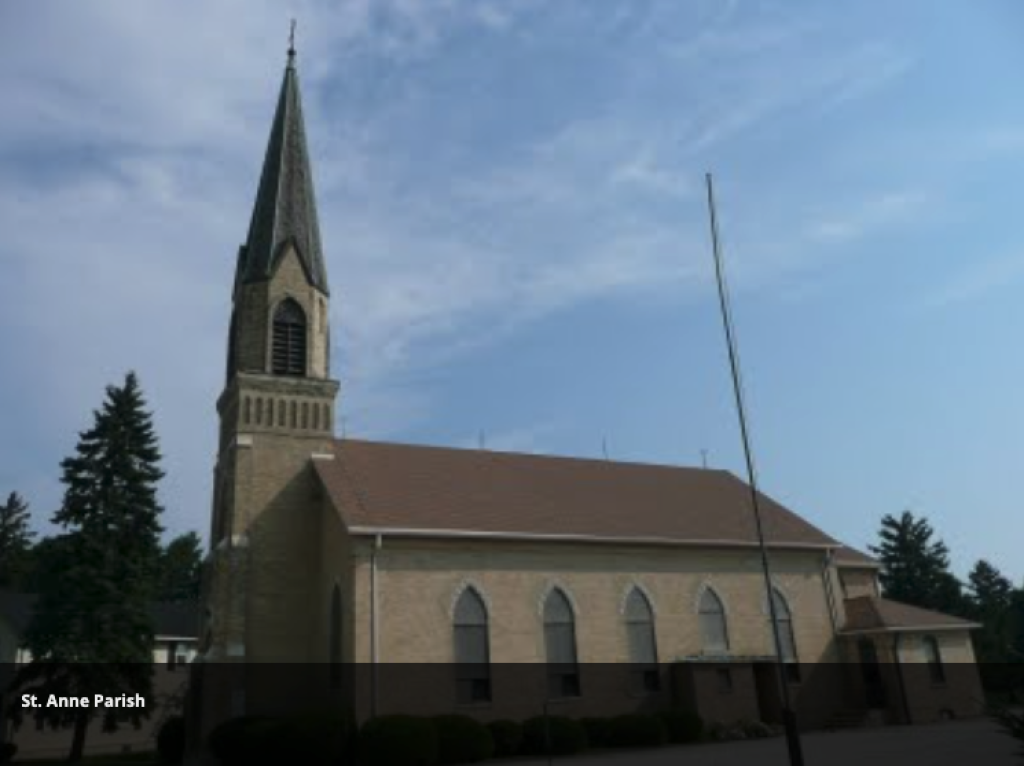